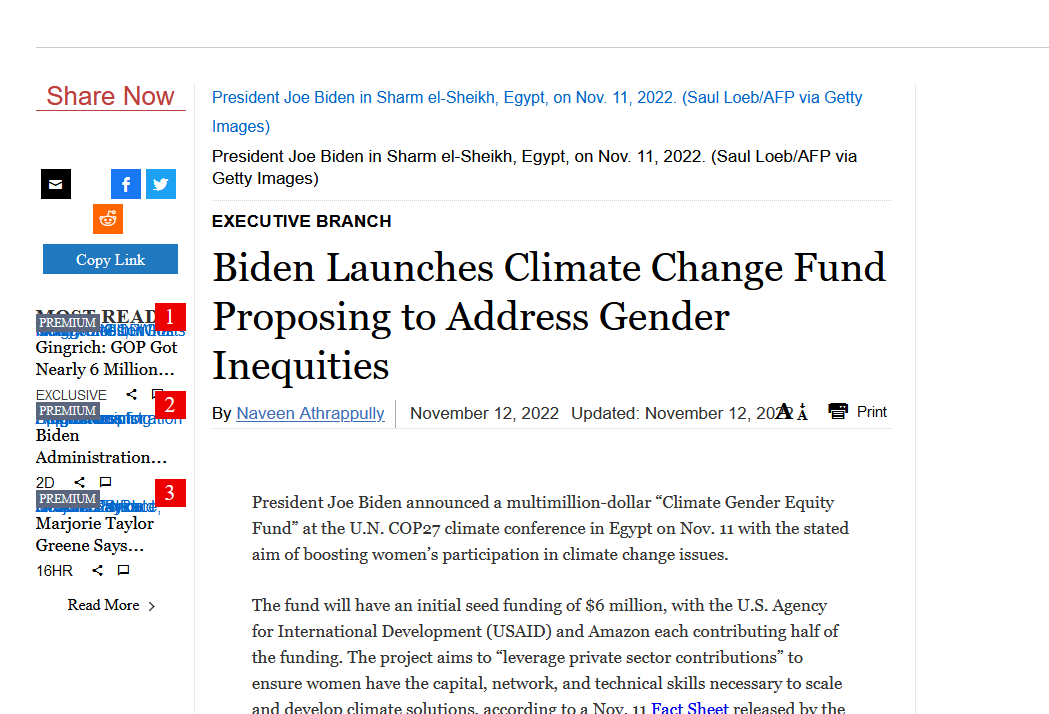 The fund will have an initial seed funding of $6 million, with the U.S. Agency for International Development (USAID) and Amazon each contributing half of the funding. The project aims to “leverage private sector contributions” to ensure women have the capital, network, and technical skills necessary to scale and develop climate solutions, according to a Nov. 11 Fact Sheet released by the White House.

“The Fund is enabled by USAID’s commitment to gender-responsive climate action, including its allocating more than $21 million from the Gender Equity and Equality Action (GEEA) Fund, surpassing its $14 million COP26 commitment,” the fact sheet stated.

The $3 million contribution by Amazon is part of the company’s $53 million fund that seeks to accelerate women’s climate innovation. Amazon will act as the founding partner of the Climate Gender Equity Fund.

In a statement, Kara Hurst, vice president of worldwide sustainability at Amazon, said that there are gender inequalities that persist in climate finance that need to be addressed and women entrepreneurs must have an “equal seat” at the table on such issues.

“We’re proud to collaborate with USAID and the Biden administration to help scale women-led climate solutions globally. This is just one part of our broader Climate Pledge goal to reach net zero carbon by 2040,” she said.

Back in August, Biden signed the $430 billion climate spending bill, which sets aside $386 billion for green energy tax credits and subsidies.

Biden’s new climate fund comes as he ramps up the ongoing attack against fossil fuels. At a rally on Nov. 6, Biden remarked “no more drilling” following an exchange with a climate protestor, insisting that no new drilling has formed under his administration.

During his presidential election campaign, Biden promised to eliminate fossil fuels. In a debate with former President Donald Trump, Biden pledged to shift the country away from oil. After becoming president, Biden canceled the Keystone Pipeline project and issued an executive order blocking new drilling leases on federal properties.

In an interview with Fox News, Todd Staples, president of the Texas Oil & Gas Association, called Biden’s “no drilling” remark aligning with the present administration’s hostility toward fossil fuels.

“Americans deserve energy security, and it’s time our federal government treated oil and natural gas like an asset, not a liability,” he said.

According to an analysis by The Wall Street Journal, Biden ranks top on the list of presidents when it comes to issuing the fewest acres of land for federal oil and gas leases since the late 1940s.

In June, the Department of Interior announced a five-year oil and gas leasing plan according to which the agency has the power not to hold any new lease sales until the end of 2028.