Considering the reduction of students' interest in basic sciences

Considering the reduction of students' interest in basic sciences 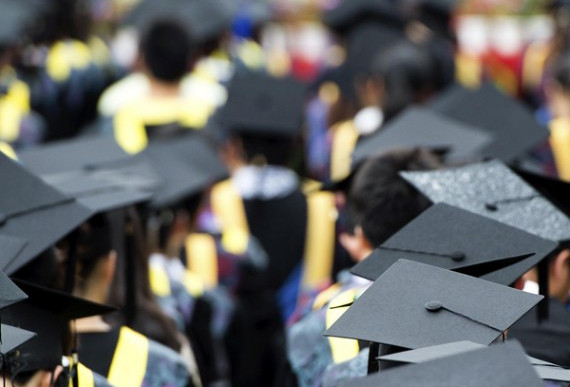 Paying attention to basic sciences is the basis of scientific promotion and development of countries. Nonetheless, it seems that, during the last two decades in Iran, the desire to learn basic sciences, especially mathematics, has dropped significantly, and the desire to continue studying in these fields is less compared to the past.

Considering the reduction of students' interest in basic sciences, especially mathematics and physics

Paying attention to basic sciences is the basis of scientific promotion and development of countries. Nonetheless, it seems that, during the last two decades in Iran, the desire to learn basic sciences, especially mathematics, has dropped significantly, and the desire to continue studying in these fields is less compared to the past.

When this issue was combined with factors such as increasing social demand for entering university, emphasis on social justice and distributive justice, transfer of elite knowledge and higher education to general higher education, and delaying the entry of the young population into the labor market, it was determined to increase the number of academic units should be resolved. While the indiscriminate construction and establishment of universities and the issuance of numerous educational certificates turned into a bigger problem.

In developed societies, educational courses are formed according employers’ requirements in the market; but this situation has been somewhat different in Iran. In the country, the social demand to enter the university was answered without paying enough attention to the capacity and needs of the labor market and with less focus on the real issues of the country through the establishment and expansion of educational centers. Consequently, the society over the time had practically the possibility of benefiting from all the talent and ability of these forces and faced new problems, including the unemployment of university graduates and the migration of students and graduates.

Unemployment and immigration of university graduates

Due to the increase in the capacity of universities to attract students, a large number of graduates of various fields were obtained in the country, for many of whom there was no suitable job opportunities in the labor market. As a result, the unemployment rate of university graduates increased. According to the results of the spring 1400 labor force survey design, the unemployment rate among the population aged 15 years and older is about 6.9% of which 2.43% of the unemployed population are people who have university degrees.

Meanwhile, the evidence indicates that the employment of basic science graduates is in a worse situation. According to the statistics received from 18 universities of the country in the project of monitoring the employment of university graduates in 2017, only 10 to 20 percent of the graduates of basic sciences such as mathematics and physics have succeeded in finding employment in the labor market. But what is the cause of such a chaotic situation in these disciplines?

Gaining from the scientific capacity of students and graduates of basic science fields requires investment and providing suitable infrastructures in this field. For example, in the field of mathematics, which can be considered as the mother of all fields, some infrastructure must be provided to benefit from its practical advantages. Banking systems as an example are based on the science of financial mathematics or there are extensive research centers for the research of mathematicians. These infrastructures currently exist in developed countries, but in Iran, the necessary platforms are less. As a result, it is clear that creating a field such as mathematics, without a reliable job support and attracting a large number of students every year, has become an important factor in the unemployment of many graduates of this field and has led graduates of top universities to emigrate.

Regarding Iran, there is not enough infrastructure to benefit from the skills and expertise of the trained people, or it is less available, and yet, the doors of developed countries are open to the skills and expertise of such people; a phenomenon called the migration of university students and graduates has occurred. Since the 80s, when the majority of young people of the 60s entered university to achieve their hopes and dreams, and some of them failed to enter the job market, the rate of student migration has increased from 18,000 in 2001 to 60,000 in 2019. However the graduates of basic sciences and engineering build a significant part of this population.

The United States of America has been the first destination for Iranian students in recent years, and analyzing the field of study of Iranian students in this country in 2021 indicates that about half of Iranian students studying in America are engineering students; the fields of mathematics and computer science with about 14% are in the next category; Basic sciences and physics with 13% are ranked third. It is clear that most Iranian students in America are studying in fields known as science, technology, engineering and mathematics (STEM). One of the most obvious examples of emigration of prominent people in this field is someone like the departed Maryam Mirzakhani, a genius who perhaps never wanted to return to Iran. But why people like Maryam leave the country? And why don't they return after emigration?

One of the external manifestations of neglecting the fields focused on science, technology, engineering and mathematics (STEM) is the decrease of students applying for mathematics at the secondary level. This problem has intensified so much that mathematics has been closed in some high schools due to lack of demand. There are several reasons for the decline of students' interest in mathematics. But the most important reasons are:

- The creation of monopoly and excess demand in some areas by the beneficiaries, which has caused quantitative and qualitative orientation of students towards lucrative fields, especially medicine and law.

- The shortage of proper infrastructure for benefiting from basic sciences and engineering has led to an increase in the unemployment rate and the migration of graduates of these fields, and as a result, the indifference of students to study in these fields.

Iran is a developing country, and currently contributing to science and knowledge is the most important development tools. Basic sciences as the basis of knowledge can play a significant role in the development of the country. The status of basic science education, the use of its applications, and the employment of graduates of these fields will not change, and problems such as unemployment of university graduates and student migration will not be resolved till attention is paid to science as the only way to progress and develop the country; But in the short term, with solutions such as reducing the capacity of these fields at the undergraduate level, removing them from small universities, and teaching different skills related to basic sciences, including mathematics, to students in schools and universities, the vague atmosphere facing the graduates of basic sciences fields can be improved and also reduce a bit of reluctance of students to enter the mathematics field at the secondary level.